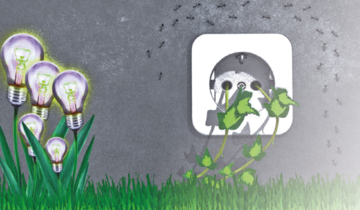 A New Lucas Plan for a Just Transition to a zero carbon, peaceful and socially useful economy

The growing threat of human influenced climate change, automation and increased militarisation will result in major structural changes to the economy, putting jobs and livelihoods at risk.  Tackling climate change is urgent if we are to avoid a new normal of the wild fires, ferocious hurricanes, flooding, and heatwaves being witnessed more frequently across the world.

Others such as automation or military production are politically driven. The march of the robots or so called Industrial Revolution 4.0 is talked of as though they are outside our control. Likewise the securitisation of our economies through the build of up military arsenal asserted as a need to both deter and protect us in a “war on terror”.

But the real war is for the protection of capital against the interests of labour in a convergence of crises: militarisation and nuclear weapons, climate chaos, and the destruction of jobs by automation.

Since the dawn of the industrial revolution, workers have paid the price of economic or industrial restructuring through loss of livelihoods, break-up of communities, or worsening labour conditions.  Where workers have resisted, they have laid the foundations and confidence for today’s struggles leaving a legacy from which we have much to draw upon.

One such legacy is the pioneering effort by workers at the arms company Lucas Aerospace to retain jobs by proposing alternative, socially-useful applications of the company’s technology and their own skills.

In 1976, a Shop Stewards Combine committee drawing together the ideas of workers across the company produced the Lucas Corporate Plan: A contingency strategy as a positive alternative to recession and redundancies. This included building wind turbines, kidney machines or prototypes for road/rail buses. All things that are needed today.

As we face the latest crises of capitalism, we say addressing these challenges should not be at a cost to workers and communities, and call for a New Lucas Plan for a Just Transition to a zero carbon, peaceful, and socially useful economy.

What do we mean by Just Transition?

Trade Unions support the call for a Just Transition but we will only make this happen by building a movement from below in our workplaces and communities along with other allies already campaigning on these issues in the environmental and peace movements.

You can be part of this to show that alternatives are possible.  Together we can start creating the Lucas Plans of the future that will ensure all skills and knowledge are retained to build a better world for environmental, economic, and social justice.

If you agree with this statement and would like more information, please let us know by emailing info@
breakingtheframe.org.uk